Just a quickie today, before I head off to the airport and hope to take off for Poland. There's always a massive drama about getting there, with everyone literally praying for my safe arrival, and hoping that my luck hasn't run out on me just yet - somehow, every year, despite loads of flights being cancelled and airports closed, magically, on my day of travel, they reopen and my flight is the one which hasn't been affected 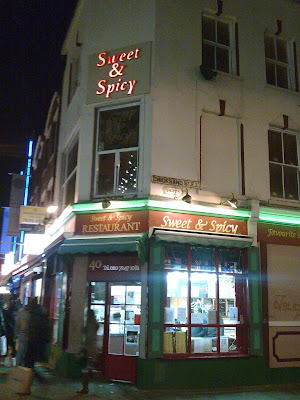 My mate from Hong Kong, Matt, has been here for the past few days. It's been amazing having him, as he's such a grounding influence, I wish he was around more. This is where we went for my birthday curry the other day. It's my favourite curry house on Brick Lane, because it's not like all the others - it's more of a canteen than a restaurant, filled with old men, and there's no people standing outside trying to drag you in 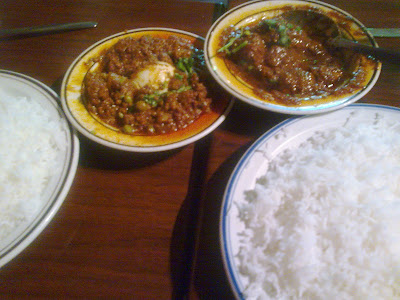 There's one thing that you absolutely have to order if you come here - it's the thing with the egg in it up there, and it's called Aloo Keema. It's the best curry type thing I have ever eaten! The veggie samosas are pretty tasty too... 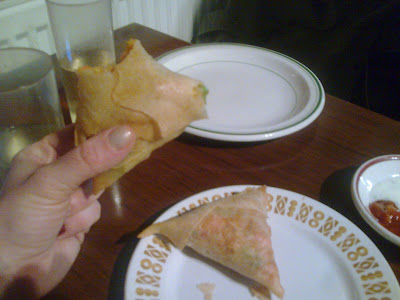 I kind of feel like there's something really special about the food here because when I came here for my friend Tishy's birthday a while back, when I was coming down with a horrible cold, and when I woke up the next morning my cold had disappeared! To be fair, this has only happened once and when I trekked here and got a take away last time I was ill, apart from being very tasty, it did nothing. But still, it was very impressive the first time, so I wouldn't rule out it having some kind of special healing powers... just make sure you bring your own booze. We washed everything down with a bottle of posh prosecco, drunk from their plastic cups - love it! After my birthday curry we decided to go "for just one free drink" to the Vibe bar down the road. Unbelievably, DJ Vadim, whose Xmas mix I have been listening to for the past month, was playing! This is why I believe that my legendary good luck is still in good speed and I will fly today. Perhaps it's a weird thing to base my hope on, but that's just how I roll, Poland here I come!