Pizarro in Bermondsey Street, another great restaurant in London Bridge

I've told you about Jose on Bermondsey Street in London Bridge, which I love. Jose is teeny tiny, so the same people opened another restaurant about 5 months ago, just down the road. It's called Pizarro and we went there yesterday, because waiting 45min for a table in a room the size of my living room (which isn't big) with lots of people constantly trying to get past, isn't much fun. We had to wait for a table at Pizarro too, but there is room to stand and have a drink here 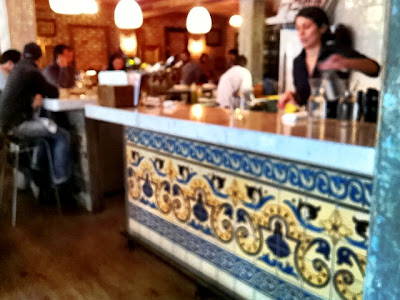 We drank those lovely wines down there. The first one was smooth and oily almost, the second really flavoursome and flowery. Both were beautiful and reasonably priced 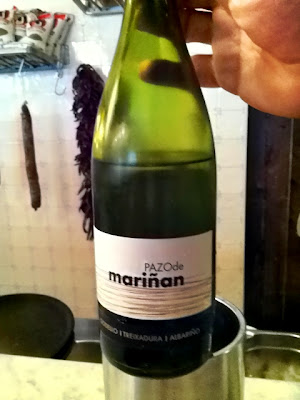 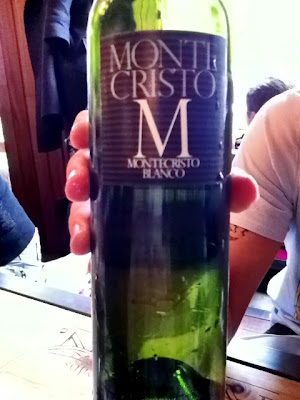 The menu here is more like a normal restuarant menu with starters and main courses - I guess they wanted a point of difference between the two restaurants. But we still ate it tapas-style by ordering three starters and one main course between us, and asking for it all as it came - that's whenever the chef chose to make it. It's a nice, relaxed way to eat, and cook too I presume, as the chef doesn't have to worry about timings 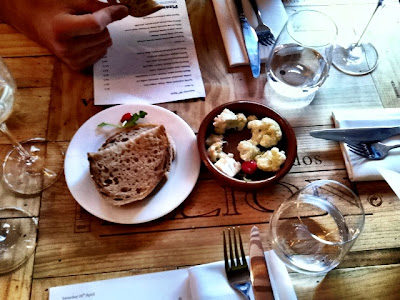 To be completely fair, as we always try to be in our family, my brother, myself and my dad all chose one starter, then we agreed on the larger dish together. We then proceeded to have a lengthy argument about vodka. We ate prawns with razor clams (that's it up there half eaten, testimony to how tasty it was), cod tongue, lamb's tongue (I think, it may have been calf's) and pig's cheek. I have no idea what the cod tongue actually was, as I presume that cod fish don't have tongues, and if they did they would be the size of pine nuts, and not the large slices of tender fish we had. Perhaps it means gills... I do recall having this thought process at another time, and it did have a positive conclusion, yet I forget what it was... but whatever we ate, it was delicious. All of it. I highly recommend coming here if you're ever in the area. The bill for three people came to just under £100. The vodka argument was resolved with the promise of a blind vodka tasting. A set of rules has been agreed, as was the place and the date - late September, Eastbourne. Watch this space
Posted by zuzazak at 11:24