I don't know how familiar you are with the saga of my garden. I started off optimistic, then I realized a few things about myself, which was promptly followed by an overly pessimistic phase. Now, I am trying a different way, which does not involve growing vegetables. Basically, the only that seems to grow in abundance here is mint. I have masses of it 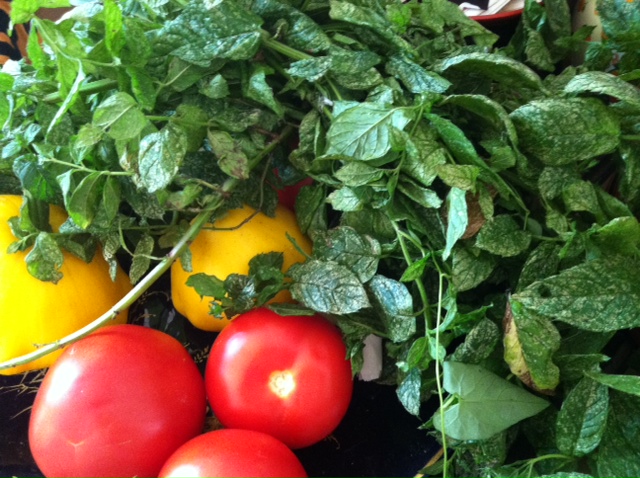 After talking to my friend Petey on Saturday, who told me all he's been eating lately are San Lorenzo tomatoes, I was inspired to make this salad for my BBQ. These aren't San Lorenzo tomatoes, but they were the best I can get, and this is really important in a dish so simple. The salsa is a large shallot, half a red chilli and plenty of mint, all finely chopped and covered in some virgin olive oil and sea salt. I allowed it to stand for an hour before covering the tomatoes in it a moment before serving. You could leave it for much longer if you have the time 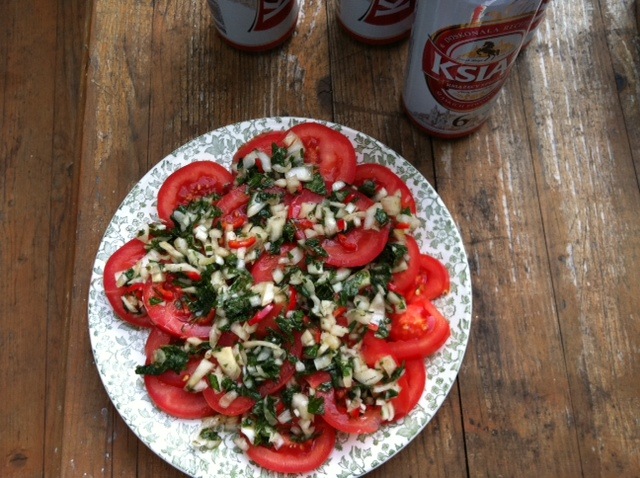 This is not all we ate of course, there were BBQ spare ribs and sausages from Ginger Pig, as well as home made hummus and raw vegetables, but this salad, along with the spare ribs, was the highlight for me