Due to my recent diet of cinnamon bagels, pasta, bread and cheese, my body has been craving vitamins. It's not that I've been completely unhealthy. I am still doing my kundalini kriya every day, in fact I have now built up my upper body strength enough to double the dosage, I go running when it's not too cold, dancing when the mood takes me, and I do try to keep my diet reasonably balanced. Unfortunately, I also have an addiction to cinnamon and raisin bagels, taken with sweet coffee. In the grand scale of things, I think this is pretty minor, but I do have to work harder to balance out this small indiscretion. Hence, when the need for something fresh took hold yesterday, I put together this little number, which, rather predictably, I became addicted to 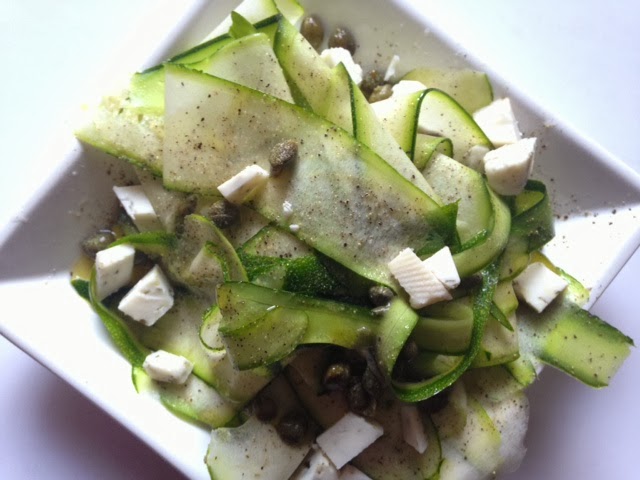 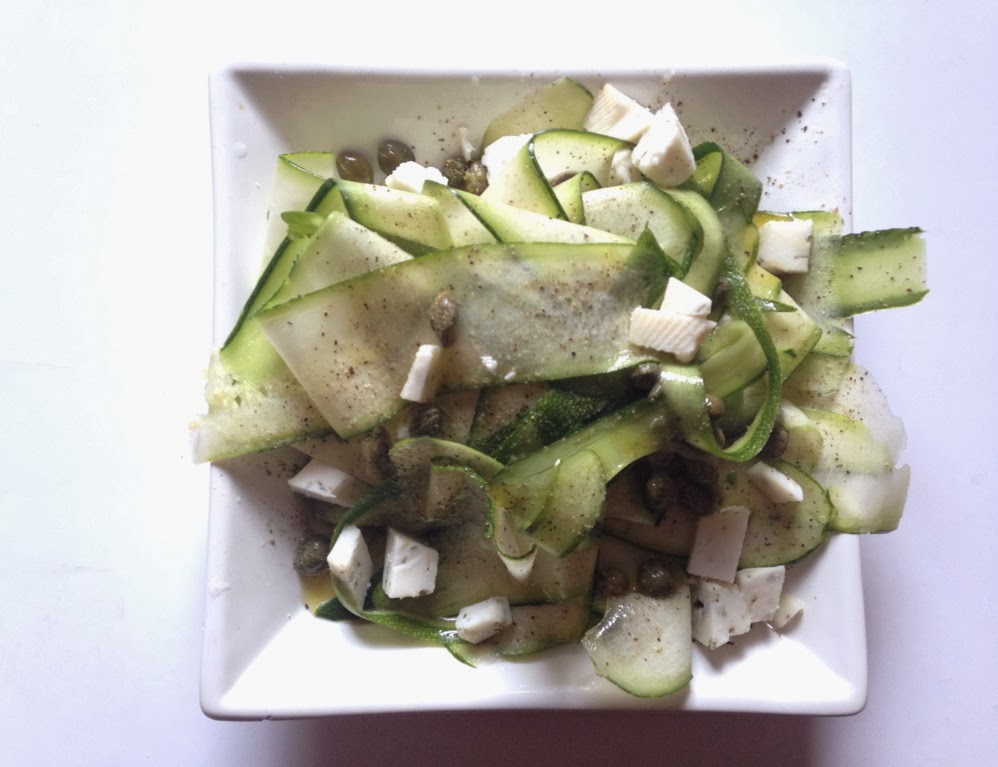 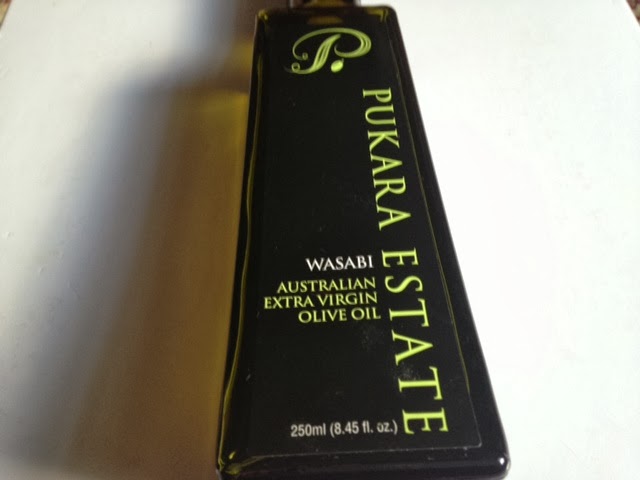 Since making this salad for the first time yesterday, I have eaten it again two more times - I can't get enough of it! The wasabi oil adds this amazing kick, if you can't or won't get that stuff up there, then just combine some good quality olive oil with a little bit of wasabi paste instead and shake it around in the jam jar with the other vinaigrette ingredients. The cheese is some green herb, hard goat's cheese my mum brought from Holland - bloody delicious - but I would recommend any tangy, hard goat's cheese as a replacement for this. Use a vegetable peeler to get the strips paper thin. Making this salad in advance, allowing it to stand in the fridge for a while and giving it time to marinate wouldn't hurt either