Life changes suddenly. Just a month ago I was waking up some time before midday, working at a lazy pace for a couple of hours on whatever I felt like working on and mostly had no idea which day of the week it was. Now I wake up at 7, commute to Paddington and have no time to do my laundry. I'm tired and a little stressed, yet I'm enjoying the change of pace. Many people are frightened of change, but for some reason I enjoy it. Even when it's crazy, scary, destabilising change, there is still a part of me that thrives on it. So now that I'm working flat out I'm predictably going out much more, consuming more.  I can even go to places like La Bodega Negra on a Monday night if I feel like it...
With a cancellation policy of £25 per head if we fail to cancel by 5pm, this is not somewhere I'd go when strapped for cash. I thought this was a bit harsh and off-putting until my friend pointed out that since it looks like a sex shop from the outside, people aren't just going to drop in. Nevertheless, for somewhere so well hidden and so early in the week, it was heaving. This also explained the slightly unattentive service and lack of the tap water I asked for. The sexy waitress explained later that they weren't expecting so many people and were short-staffed, so I'll give them a break. 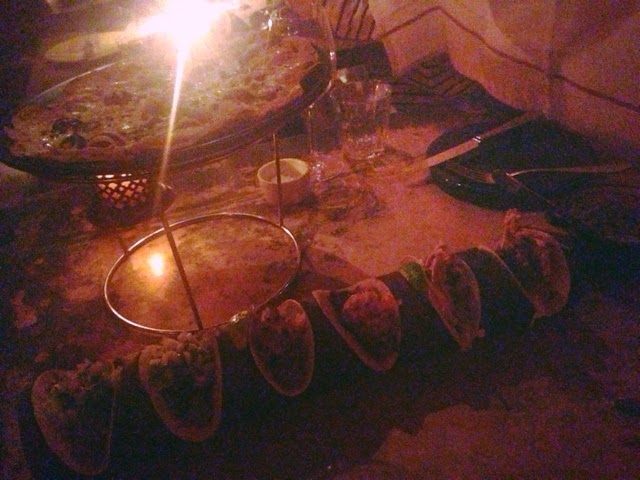 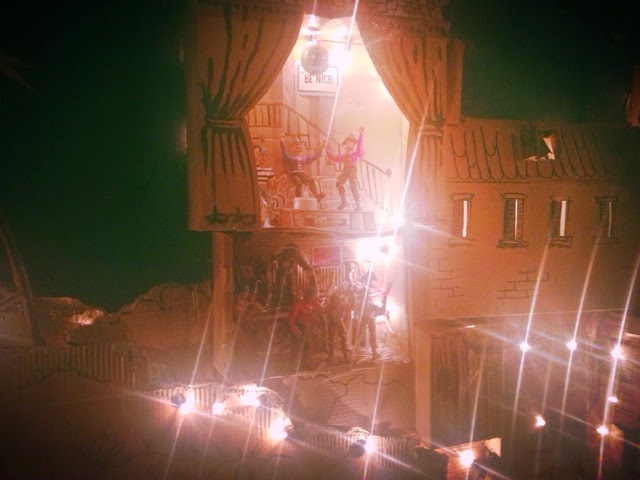 The food was absolutely delicious. We had a few different tacos, corn salad, beans, guacamole and quesadilla. I have two favourites: soft shell crab tacos and and the massive, crunchy corn salad. I can't fault my spiced pear margarita either. The atmosphere was great - buzzing yet romantic, full of life, glamorous. Kind of what I like to imagine Mexico itself feels like. We all paid under £40 per head with drinks, which is less than I was expecting after the scary cancellation policy.
Posted by zuzazak at 14:04