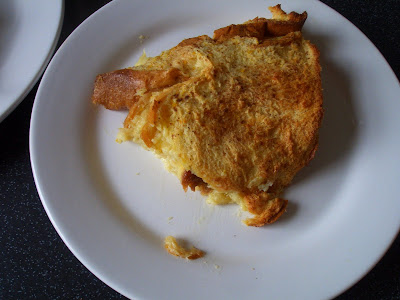 I'm not really a "pudding person". Perhaps this is because I struggle with self control at times. However, at this time of year, cold Sundays are crying out for a warming traditional English pud. And bread and butter is an old classic (it was invented in the 17th Century, you know). So I made it for lunch. Jamie thought this was really odd, as a pudding should be had for actual pudding apparently, but why would I want to eat a massive pudding after eating a massive dinner? That just doesn't make any sense to me, so bread and butter pudding for lunch it was. There are many variations of bread and butter pudding, this is my own version - it does not contain raisins, because my experimental breakfast (see The Breakfast Experiment) has categorically put me off the little blighters. 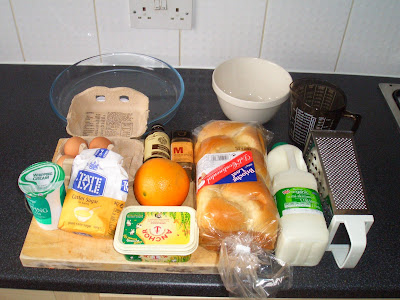 First, I heat the oven to 150  degrees celsius. I started off by slicing the brioche, buttering on both sides and cutting into two again, and lining a buttered dish with it, making sure there were no gaps, kind of like a jigsaw 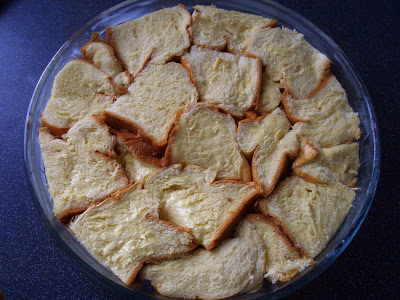 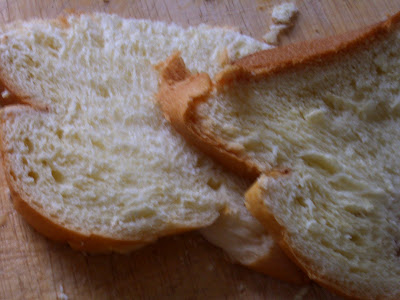 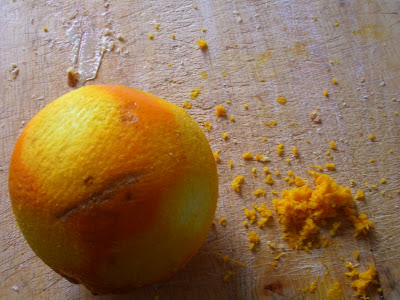 Then it's time to make the custard - I beat the eggs in one bowl, and the milk, whipping cream, sugar, orange zest and vanilla essence in another. I then combined the two and beat them together for ages, before pouring over the bread... and sprinkling with the mixed spice 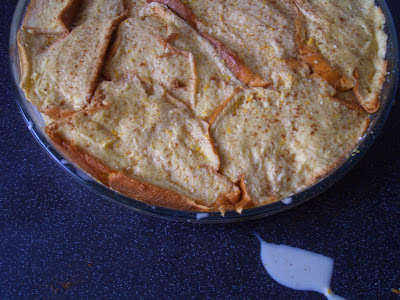 Then into the oven it goes for 25mins - when it comes out, it is soft and creamy in the middle and brown on the outside. Cut into slices and eat immediately!

And then eat again cold later!