It's been a week since coming back from Tenerife, and now all that's left is lovely memories. How fast time flies. There's one thing I haven't written about yet from that trip, which I'd like to mention - it was the one day I saw fit to break my notorious "no sugar" rule (some would argue that this rule does not actually exist, but that's another story). Anyhow, people who really know me, know that I like to break my own rules with a measure of style, so in Tenerife, I broke this one at "Cafe Palmelita" (922 25 04 05)  in La Laguna 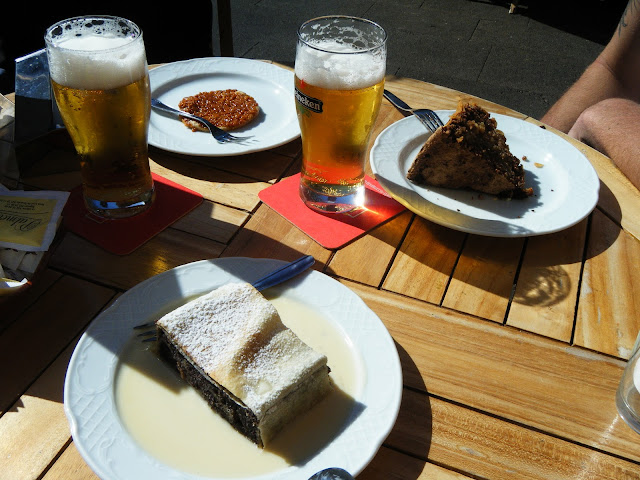 La Laguna is the old capital of Tenerife, and extremely pretty. We found a sunny square with lots of cafes, and we chose "Palmelita" because of it's sunny tables, we had no idea what delights were awaiting us inside! So we choose a few that looked interesting to us - that up there with the vanilla cream was a poppy seed cake, very similar to the one we eat in Poland, strangely enough (also flavoured with almond essence), as well as a caramel flavoured sponge cake and a nutty, crunchy biscuit type thing. Amazing!