Eating fresh fish while overlooking the sea has to be one of the best things life, and it's what I've been looking forward to a lot before this holiday - sitting in the sun, sipping wine, feeling the sea breeze, and trying all the lovely local fish. In Spain, it's always a mixed platter, so this is what we ordered in Los Abrigos, Tenerife. It's a fishing village that was recommened to us by a local, and we found it just in time. We entered it from the wrong side at first and ended up coming across a moron who thought it was funny to kick a kitten under our car, which is enough to put anyone is a bad mood, and as we had a touch of cabin fever anyway from being in the car too long (well, I did anyway),  this was a disastrous turn of events that would have ruined the whole day had we not found the beautiful bay and tasty food. If you ever want to come here, you need to come off at the roundabout towards "Playa de Los Abrigos", park around there, then walk back into the bay 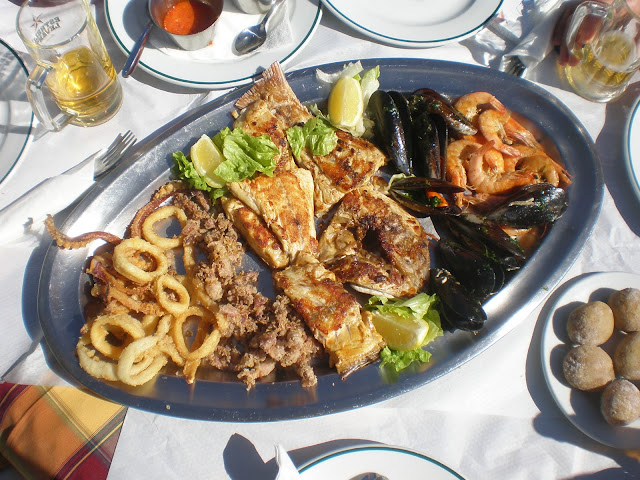 There's literally one fish restaurant on top of another round here, we chose the one down there, so that's the one I'll recommend. At first, they take you inside to show you everything so that you can choose and order straight away. We thought a platter for four people would be way too big, but it was all so delicious that we ate every last morsel 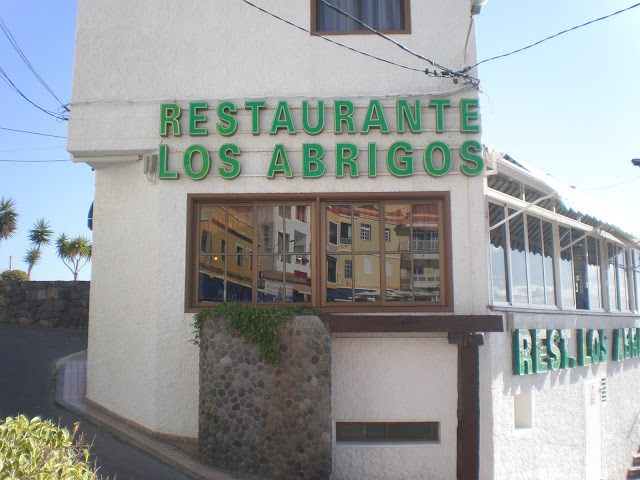 The kitten was fine, by the way, because we managed to break, and give the moron all the appropriate gestures. I don't know if the kitten even knew what was going on, but I like to think that it has learnt a valuable lesson to stop being friends with morons. We've all been there, as my friend Hannah would say
Posted by zuzazak at 00:53