Cheese and herrings in Holland

Driving from Poland to Holland isn't as bad as I remember it being back in the day. We now have a whole 300km of motorway, you know, somewhere in the middle of the route from Warsaw to the border. Which leaves only 3 or 4 hours of narrow roads where trucks drive at a 100 miles an hour and tractors at about 10 miles an hour. In practise, this means that you need to overtake by going into the oncoming traffic. With our stearing wheel on the left, UK-style, the driver needs to poke the car out while the passagers shout either "yes, overtake", or "no, there is a truck heading straight at me at a 100 miles per hour" or, even better, someone could be overtaking that truck from the other side. Germany, with it's incredible motorway system, is a breeze by comparison. It took us 11 hours to reach my aunt's house on the German-Dutch border - a beautifully converted 19th Century farmhouse. Holland reminds me of childhood holidays, because we used to come here every year while I was growing up. Although then, my aunt lived near Leiden. That area has amazing beaches. The place where she lives now, near Wintersweik, is more rural and wild. Although Dutch-wild is still clean and neat, of course. Everywhere in Holland, you can buy great cheese. "Old Amsterdam" has always been my favourite, though this time I had the chance to try a hard Goat's cheese, which has taken the top spot. It looks like a white "Old Amsterdam", and not very interesting, but in fact, it's full of flavour. Unfortunately, I don't remember the name of it, but I think it was something pretty obvious. Like "Old Goat's Cheese" or something. It's down there at the bottom, if you want to see what it looks like, sitting next to "Old Amsterdam" 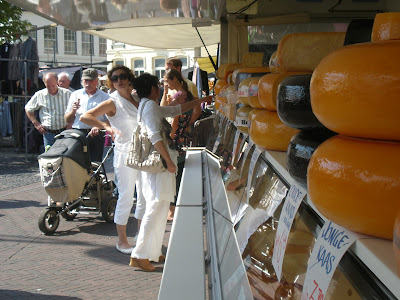 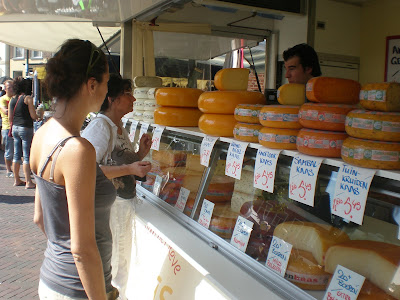 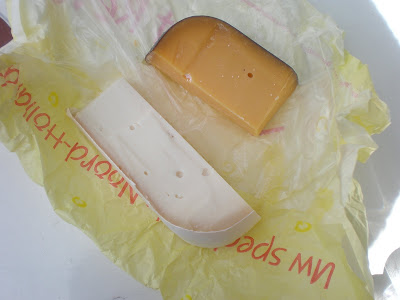 And here's a herring, Dutch style 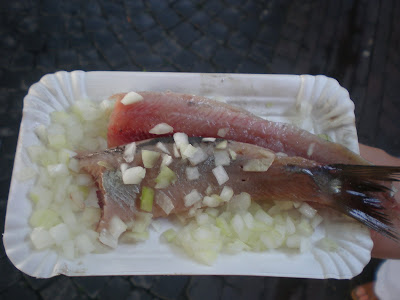 You grab it by the tail and eat it like this 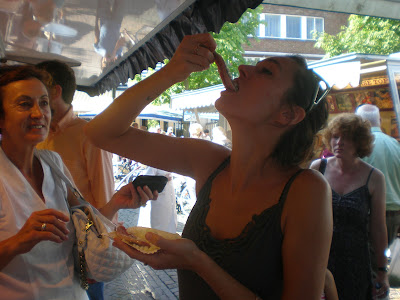 It's obligatory, even the Dutch queen does it. I don't know if she gets the whole thing in at once, but I wasn't about to risk tickling my tonsils with a herring
Posted by zuzazak at 04:13