When you've had the best flapjacks in the world, it's hard to then try a different recipe. There's such a massive risk of disappointment. And it feels a bit like cheating. Even though you know that the maple flapjacks will always take you back with open arms and no questions asked, it still doesn't feel quite right. Except that I've had this flapjack idea going round in my head for a while now - apricots and coconut, apricots and coconut... 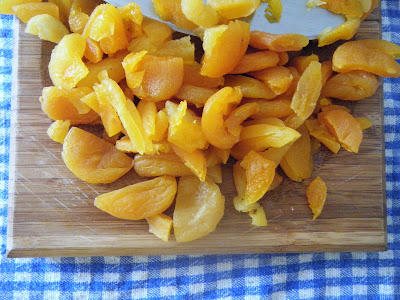 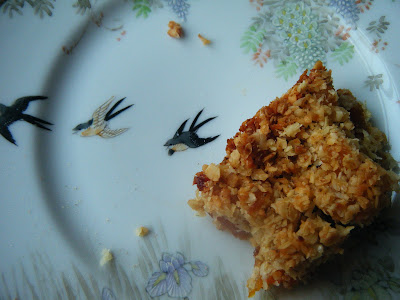 By 1 cup, I mean approximately 200-250g. You make them as you would any other flapjacks - melt the butter, add the agave syrup, then all the dry ingredients. Mix together really well, then bake for 20-25min in a pre-heated oven at 180 degrees C (remember to grease the baking tray!). They are completely different to the maple ones - softer in both taste and in texture - but just as tasty and balanced. Sometimes, a risk is just worth it. I wouldn't advocate cheating, but let's just say that me and flapjacks have agreed on an open relationship
Posted by zuzazak at 11:33