I had another one of my impromptu Paris trips this week, to see an old friend, and would like to recommend a restaurant (which was recommended to us) even though it is a little on the pricey side. The whole of Paris appears to be a bit on that side lately... 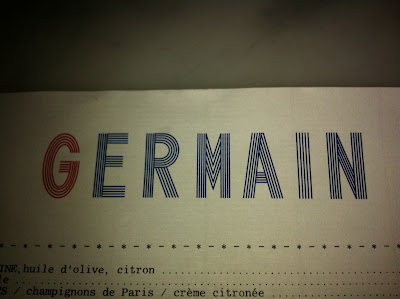 Having dinner here felt like having a dinner inside a David Lynch film. Although, someone has subsequently told me that there is an actual David Lynch restaurant in Paris. So I must check that one out next time and compare. Not that I'm a massive fan of Lynch, I just love "Wild at Heart" really, which probably reveals how terribly un-avant-garde I am 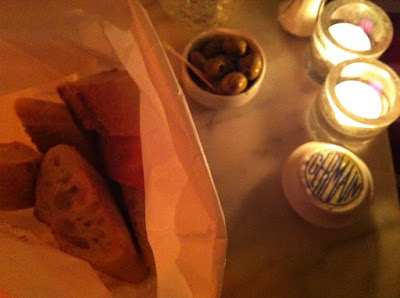 I had a delicious steak tartare and the best fries ever. I'm not normally a fan of fries but the French appear have a way with them. The bread and butter weren't to be sniffed at either. And the salmon "bio" that Cat ordered and shared with me, was melt-in-your-mouth gorgeousness. Two main courses and two drinks each set us back just over 90 Euros. But you could easily spend that in Paris somewhere where the service is slow and snooty, and the food not as good. The waiter here was lovely on the other hand 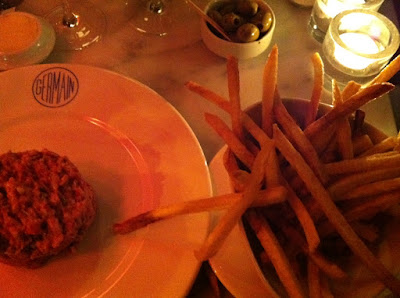 You may have guessed that it's in Saint Germain, which was really fun and buzzy this time of year - everyone sitting outside drinking and smoking, just like this hipstamatic view from the restaurant 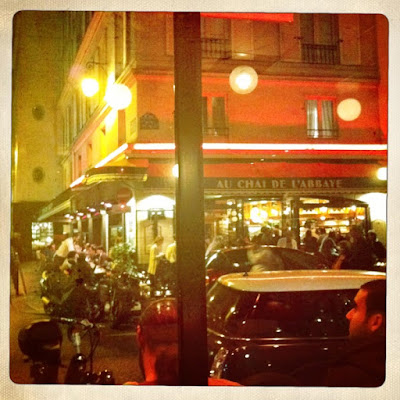