Pizza for 16 in the French Alps

I'm starting to think that no matter how good you feel, how sorted you are in life, if you have the predisposition to loose control, then sooner or later, it will happen. Perhaps with time, as you get to know yourself better, mellow with age, and if you really want to, you can temper it. I live in hope... 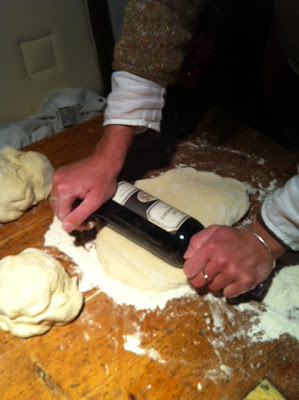 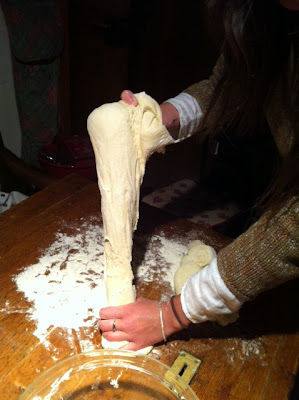 I had such a fantastic weekend in the Alps, but I completely overdid the partying on the last night and, consequently, the journey back was a nightmare, with me having to stop the car every twenty minutes on the way to the airport. I hate to admit that the same thing happened on my weekend in Basque Country. Then, of course, there's the self-flagellation. It's a vicious cycle that I am determined to break free of. Recently, I read an interesting article on meditation, which has made me see things from another perspective. I have always meditated in a way where I try to clear all thoughts from my head, but there is  also another way. By bringing up sensitive feelings (such as anger or anxiety), internalizing them and really focussing on them, we can start to understand the true nature of the mind and the emotion itself. It doesn't sound like much fun, I know, but it seems that when you understand something you can, paradoxically, let it go... so perhaps I shouldn't even be looking at my life in terms of staying in control or losing it... perhaps it's about accepting, and thereby feeling calmer and more content 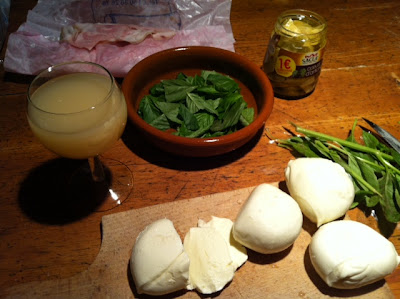 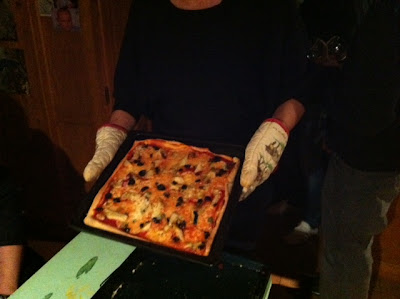 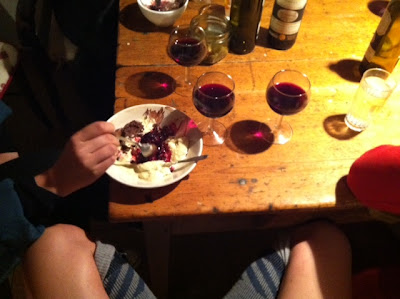 ﻿So with 16 people to feed in our Alpine chalet, we decided to make pizzas. I knew this was the plan, so I'd been practicing at home. I like the feeling of the dough and I liked it even more with a massive dough ball. The bigger the better. No double entendres intended there. Although, on second thoughts... I am going out with a guy who's 6ft 6, so maybe... Anyway, here's a recipe that will feed 15-16 people. Originally we planned that everyone was going to do their own toppings. This turned out to be wholly unpractical. The girls basically made the pizzas and the next day, the boys looked after the hog roast


Mix the water with the sugar, yeast and olive oil. Sieve the flour onto a table with the salt and make a little well in the middle. Slowly pour the water mixture into it, covering it with flour as you go. Ideally, you would have one person pouring and another mixing and starting to kneed, as I had with the help of lovely Larissa. Work it all in and kneed until the dough is soft and springy. Now put  the dough ball in a bowl, cover with a damp cloth and allow to rise in a warm place for about an hour. We put an oven on for 10min, then turned it off and left the bowl in there. Finally, kneed it all out a little more and split into smaller balls to roll out. You can use a full wine bottle if you have no rolling pin. Roll it out really thin and place onto an oiled baking tray, before topping with passata, basil, mozzarella, salt and pepper and whatever other toppings you fancy. Each pizza needs about 10min of baking time, but if there is more than one in the oven then the baking time increases, so just keep checking until it looks done
Posted by zuzazak at 02:08