We all get a bit stuck in our ways sometimes, it's human nature to want to hold on to things we know, yet it's important to keep moving forward. And this is why my brother, my dad and me decided to have a vodka tasting. My brother felt that my dad needed it because all he ever drinks are Polish and Russian vodkas, proclaiming them the best without having had many comparisons. Me, I've been stuck on Grey Goose for a while now, and was sure that no other vodka compares. We were all surprised with the results. We chose 5 vodkas for entirely personal reasons. Belvedere, an upper echelon of vodka, which my dad favours; Żytnia: a lower quality Polish rye vodka; Grey Goose: my pure, French favourite; Chase, as this is apparently the best of the British; and Snow Queen, which has a good reputation and hails from Kazakstan and Ukraine (places we have family). We tasted blind and marked for various qualities, such as aroma, flavour, texture and smoothness, yet it was our overall impressions that we pooled together to find the winner, which was... 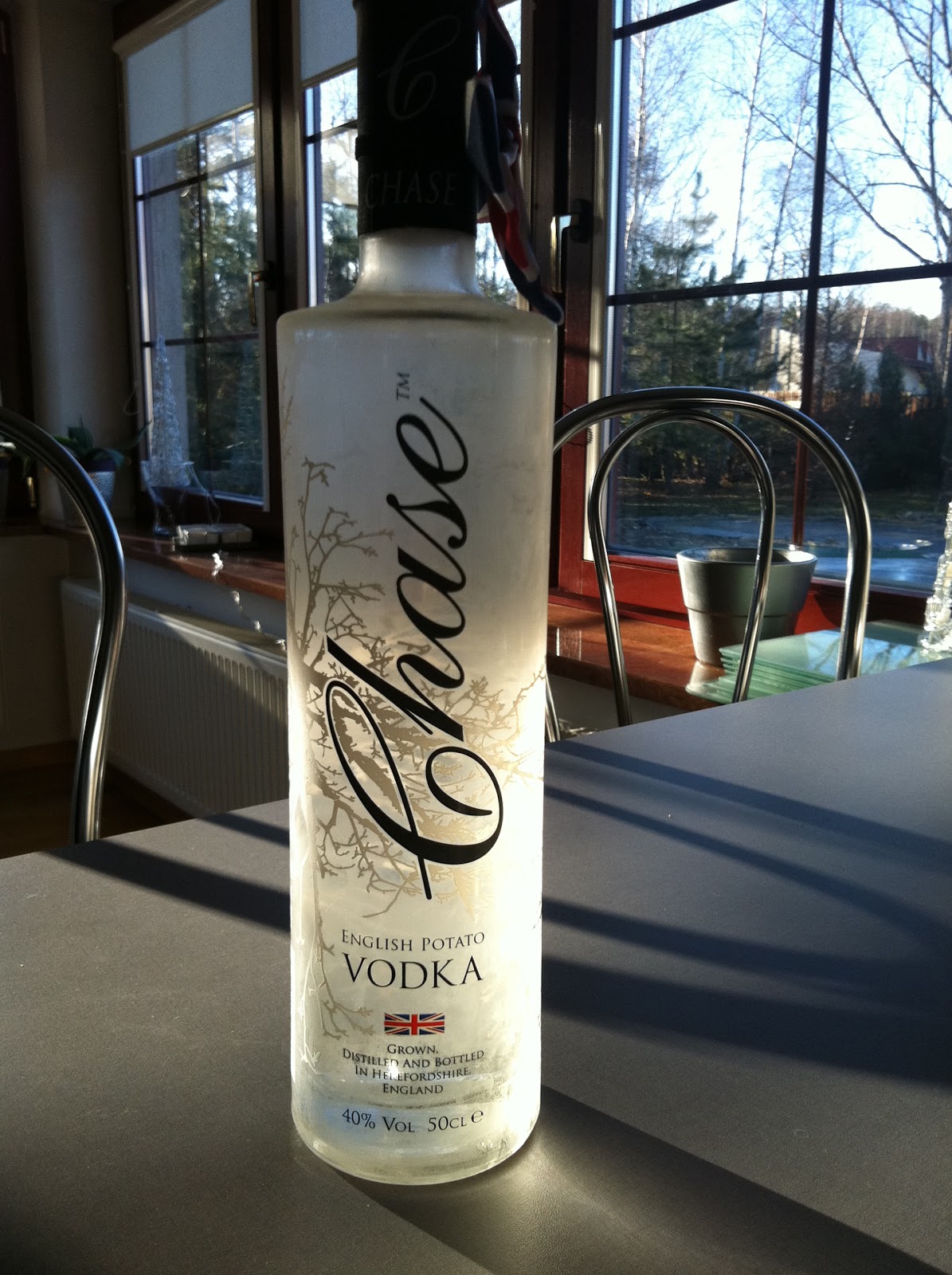 And what a shock that was to a Polish family! I was convinced that what I was drinking was my favourite Grey Goose and gave it top marks for both flavour and lack of burn going down. It was almost creamy, absolutely delicious 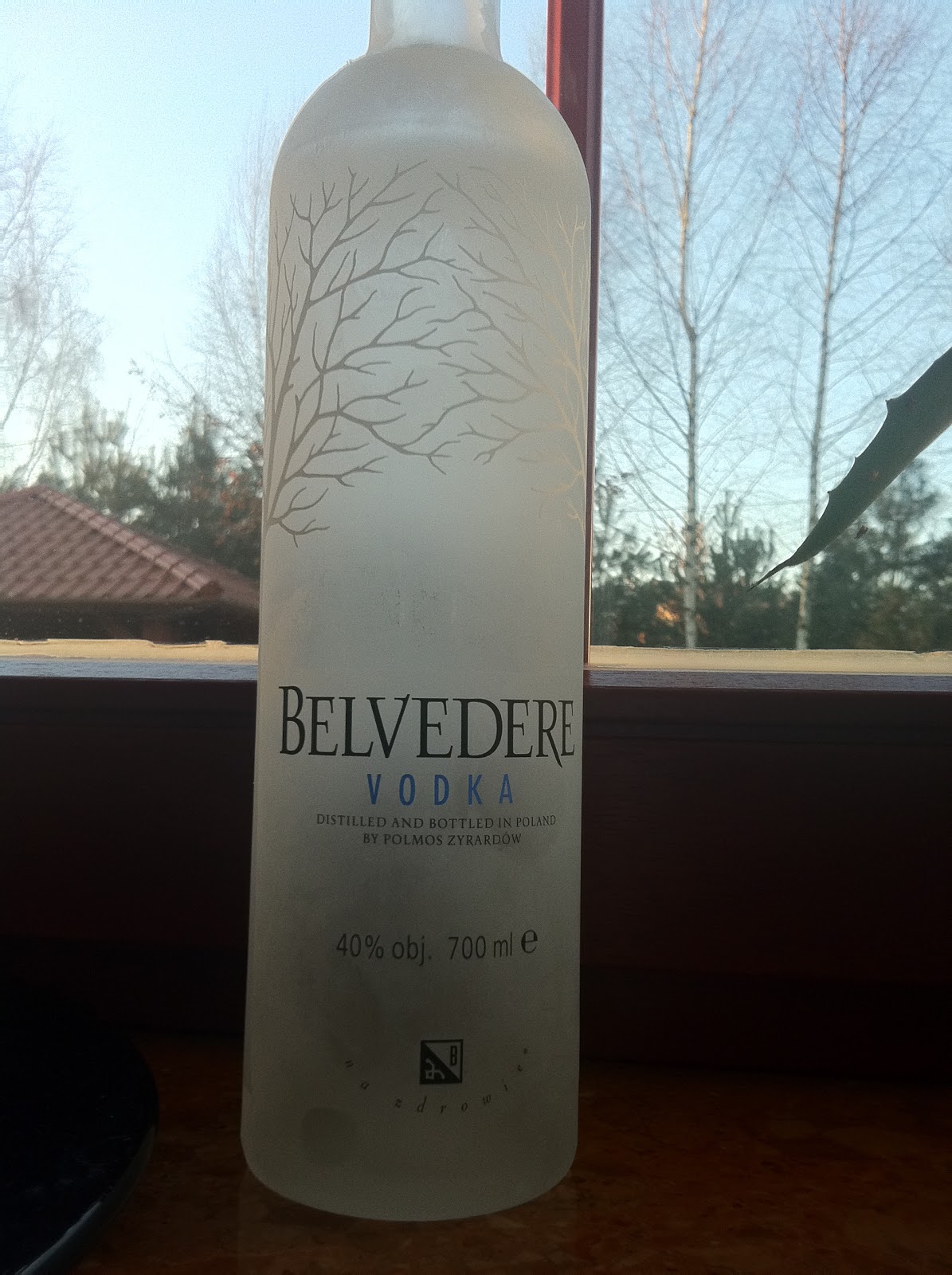 This is the only vodka where I visually noticed a difference in appearance - it appeared more blue in hue to my eye. It was also incredibly smooth going down, though slightly more bitter in flavour, which is not to my liking 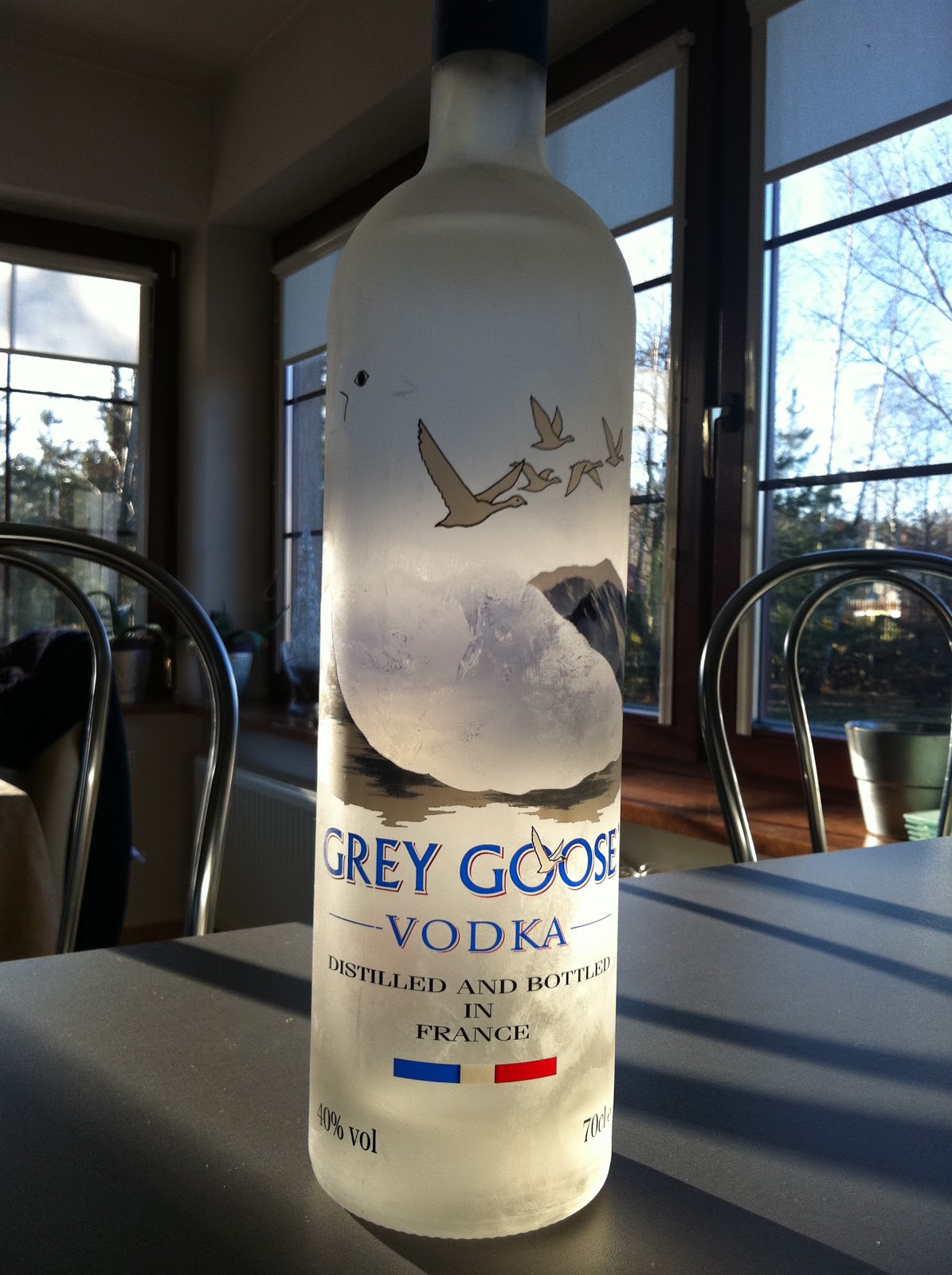 In a blind tasting, this was actually my dad's favourite and not mine. It was flowery and delicate with a  hint of bitterness. Smooth going down. 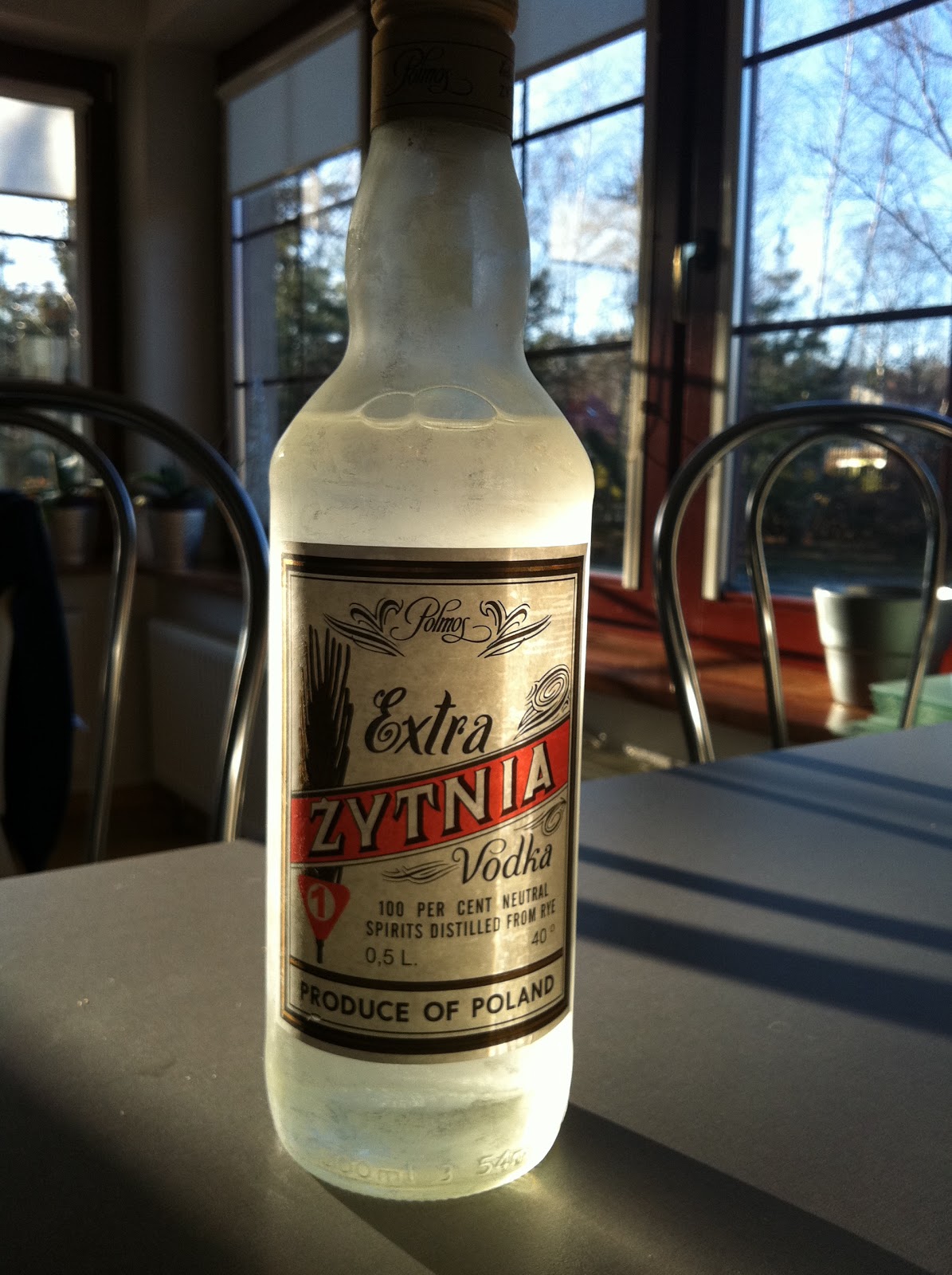 Although very good in offsetting salty and pickled snacks, and with a firm place in the hearts of all us Poles, it is entirely justifiable that this cheap vodka came second to last in our blind tasting. It is a different calibre of vodka, and not in a good way 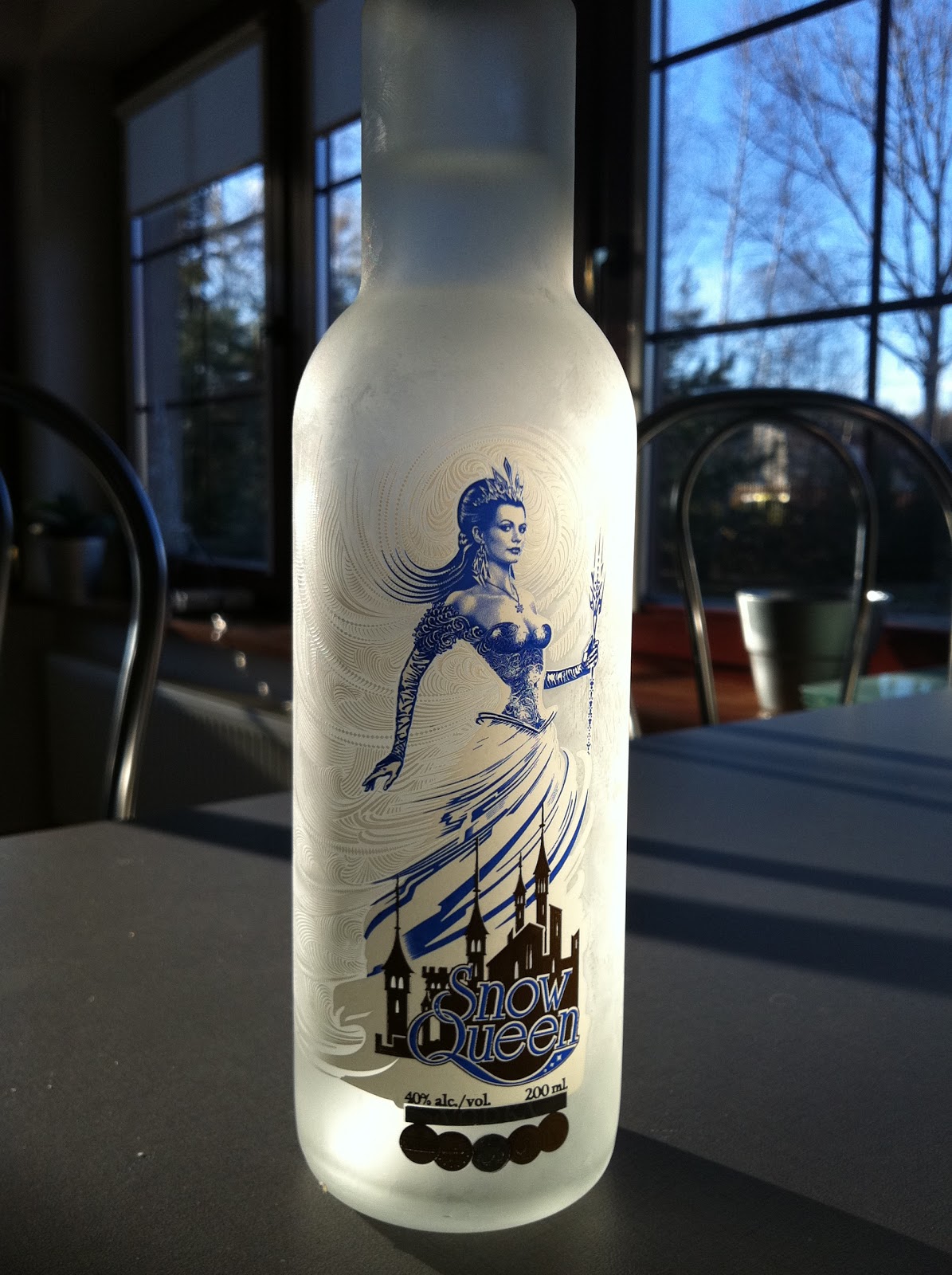 I actually wretched as I shot this vodka down. We were meant to not be saying or doing anything that could influence another person's decision process, yet it was an involuntary reaction. The last time I had one like it was when I did a bong followed by a shot of rectified spirit at Uni. That time it had followed through, this time it didn't, but it wasn't pleasant either. It was probably completely unfair, as this vodka often ranks high in expert tastings and my brother actually quite liked it. But it is what it is, as they say - I wouldn't drink it again myself
Posted by zuzazak at 06:56