The Cinnamon rolls were meant to be easy. Just a bit of dough, rolled up with some butter and cinnamon inside, only a few ingredients. Well, let me tell you the life lesson I learnt today: don't expect things to be easy. Apparently, the Dalei Lama himself says this quite a lot, and it's become my mantra of late. If life was nice and easy the whole time, then none of us would ever evolve. And yet, and yet... sometimes I do wish things were just a bit easier - those cinnamon rolls took a lot out of me. I was making them for a Secret Santa party and by the time I got there I was worn out from pummeling that bloody dough. Also, I stupidly added an extra egg when I should have just added some water to soften to dough, so here I will give you the correct amounts, that make the perfect cinnamon roll. If, like me, you find the dough too dry just add some milk or water, not another egg, which makes the rolls slightly harder than they should be once cooked. As the ingredients are simple and the recipe straight-forward, I used really good quality stuff, which made my cinnamon rolls tasty regardless - this is my trick when making something for the first time, don't skimp on the quality and you will always come out on top, even if your hands may be cramped and your wrists aching 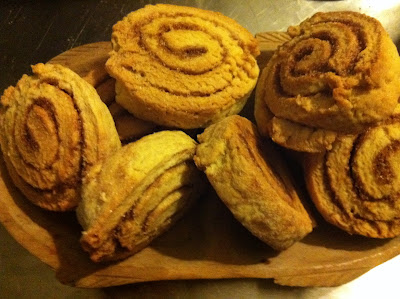 Sieve the flour, baker's ammonia and baking powder into a bowl, and mix together. Add 150g of the sugar. The rest of the sugar you mix with the cinnamon in a separate bowl. Cut the cold butter into small cubes and blend into the mixture with your fingertips, until it resembles fine breadcrumbs, then make a well in the middle. Break the eggs into the well, mix it together and make the dough, which should be stiff but not dry. If it is dry (like mine was), then add some milk or water until everything sticks together as it should. Knead the dough for a looong time. Perhaps if you have warmer hands than me, this will be easier for you. Finally, wrap it in cling film and refrigerate for about 20min. Roll it out into a rectangle on a dry surface with some flour and trim the edges, so that it's a neat one. Spread the soft butter over the top and sprinkle the cinnamon mix over the top of that. Now roll it up into a log and cut into pieces about 1cm thick. Place on a baking tray lined with baking paper and bake for about 25min on 180 degrees C 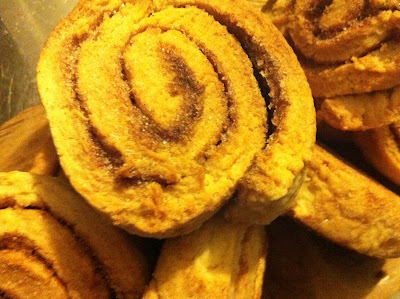 ﻿We spent Christmas with my cousin in his family in Zakopane in Poland. We spent the days skiing and snowboarding, stopping of for mulled wines and beers, and grilled "Oscypek" with cranberry sauce. The "Oscypek" is a decorative, smoked cheese, typical of this area 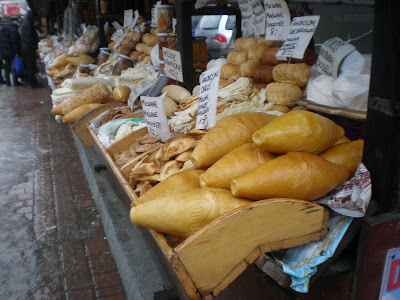 ﻿
The warm, earthy and spicey beers were my favourite, yet I also missed my dad's own recipe, which I begged him to make as soon as we arrived back in Warsaw. I can't get enough of this now, so I will share it with you while you've still got that Christmas feeling, yet are probably getting to the stage of being ever-so-slightly bored of all the stuff you've been eating and drinking for the past week. Separate the egg yolks and whites. Beat the whites with a pinch of salt until they form peeks. Better yet, get someone else to do this, while you blend the yolks with the sugar. Once the yolk mixture is reasonably smooth, add the honey. Now, gently heat the beer with the cinnamon and cloves, stirring all the time. Blend the yolks with the whites and start to slowly pour the mixture into the warming beer. Again, four hands are better than two for this, as you need to stir constantly. Whatever you do, do not let the mixture boil, or you will end up with sweet scrambled eggs in your beer. No one needs that. Once all the eggs are in the beer, stir for a couple of minutes or so while heating. Add the vanilla essence and stir some more. Try it to check the temperature. Once it's very warm - but nowhere near boiling - cover the pan and leave for a few more minutes to infuse, before serving in front of the fire. You're welcome. The measurement below serve four